What up boys & girls!

Here I am again and this time to let you know of the only thing you will (probably) need during this sumer! You might be thinking a new outfit or shoes or perfume..well, even though I study fashion design, that is not what I consider quite important during this season. Because of the fact that I come from a quite tropical country, the most important for me would be to feel comfortable while by the beach, which is where I will be spending most of my time 🙂

Not a long time ago I got to know about this amazing beach towel designed by the sweetest guys in San Diego. But what is so special about a beach towel, Mariana? You might be thinking, huh… I bet you at some point had to improvise a little pillow (made out of clothes, backpacks and the most crazy shit) in order to lay down by the sand and not feel pain by the end of the day! Well, it always happened to me, but Bruno, Brandon and Steve thought of a towel that comes with a light pillow inside, so you can easily carry everywhere you go with no extra weight! 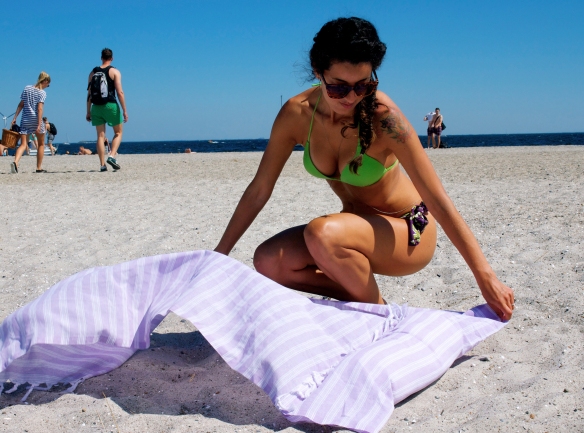 Not only that, but the towel is eco-friendly and made out if 100% turkish cotton, which makes it extra-comfy. 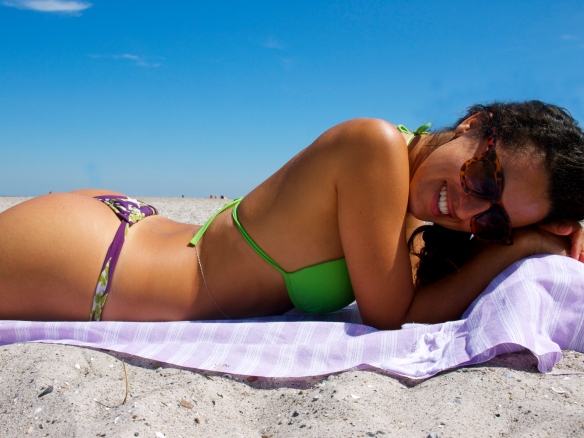 I could not wait to test mine and here you can see the infinite ways you can use it. Beach towel, sarong, turban, headband, you name it!

If you want to help out this amazing guys by backing up the project, run to see their campaign and pre-order your Sand Cloud towel, I am sure you will love it ❤

I have been missing the blog like crazy, but as you know, lately I took some days off for myself in order to attend Roskilde Festival in Denmark and I gotta say: DAMN, IT WAS GREAT!

It is almost a tradition for some Danes to attend this amazing musical experience every year and I have been waiting for 7 years to finally do it, but it was totally worth it! Some of my favourite bands and artists were performing (Emicida -from Brazil-, Major Lazer, Drake..oh wait..) and I had the pleasure to go with my homies: Thomas, William, Aman, Moe and Caroline, who helped the camp experience to be amazing!

The greatest thing about Roskilde are the details, the organisation and the mood. The many lounges and volunteers areas are great and very cozy when you need a rest.

It also makes a great experience to be aloud to wear whatever you want and in our album on Facebook you can see the most stylish people who have been there. Enjoy it and feel free to tag your friends and/or yourself 🙂

If you live in Copenhagen, you certainly know that EVERY store is on sales now, right? Well, as a Zara employee, I have been keeping an eye on the items that I wanted from a certain time until now, so it is finally time to shop them! Here are my personal favorites 😉 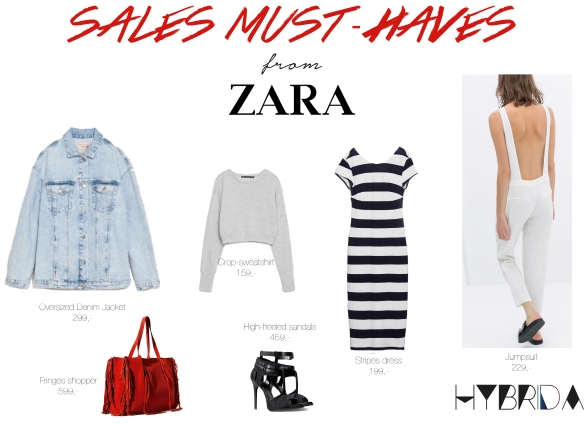 It has been a while, hope you are enjoying the sun out there, well, I am 🙂

So my mother-in-law-to-be came all the way from Brazil to visit us. I guess she did not want to be around the World Cup Buzz, so Copenhagen must feel like a great place to escape!

It is quite a pleasure having family and friends visiting us, since we only go back home once a year and sometimes it almost feels like we´re too far away and distant, both physically and emotionally, from all the ones we love, so I am very excited to have her here and soon some of our argentinian and german friends as well!

This saturday we decided to take her for a little tour around town, yes, I know, very turistic, but we will get to the most secret spots later on. First things, first! This is the outfit I chose to go and it felt amazing being able to use a backless shirt, with the wind blowing my skirt and hair, I don´t want summer to ever end!

How are you using your summertime?

Distortion is right around the corner here in sunny Copenhagen and we are so excited!

I have gathered some cool sneakers that could be worn at street festivals like distortion – it’s the perfect time to flash your cool sneaks! 😉 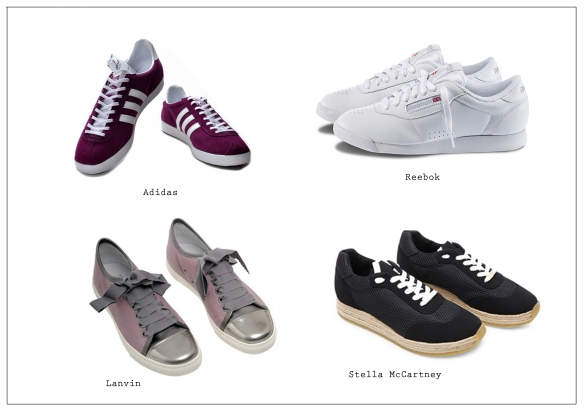 I think sneakers are so cool, because you can easily dress down your look by paring your outfit with one of these cool shoes! And on top of that, they are so comfy so you can work, walk, dance, whatever all day long.

Have a good day.

I hope you are all enjoying the sun, at least I have been longing for it all year long, so all I think about right now is being out there as most as I can 🙂

So it is, me and Thomas have been yesterday to one of his friend´s place in the north of Denmark for a grilling session with the most amazing griller ever! It is called Sit´n´Grill and it is a table with a grilling center, where everyone can sit around and make their own meal, how amazing is that? I was quite surprised about how easy it was to set and use it, so I can definitely recommend it. Go to their website and check how cool they are! 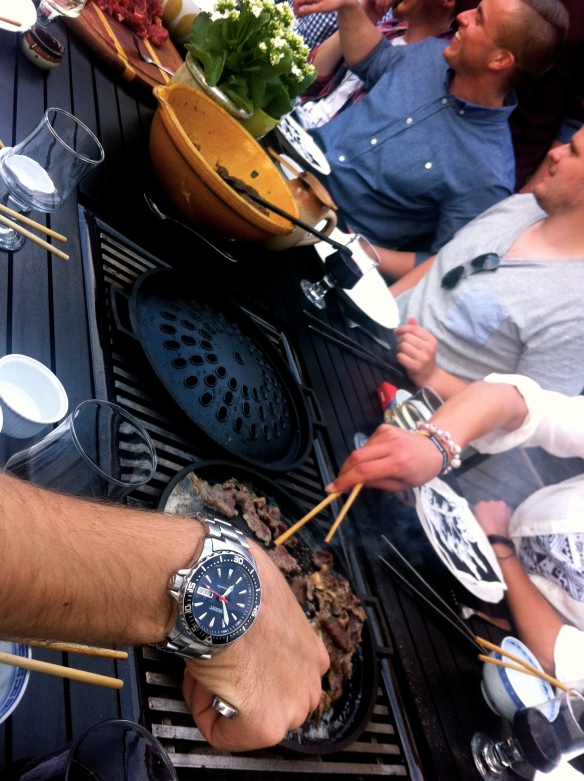 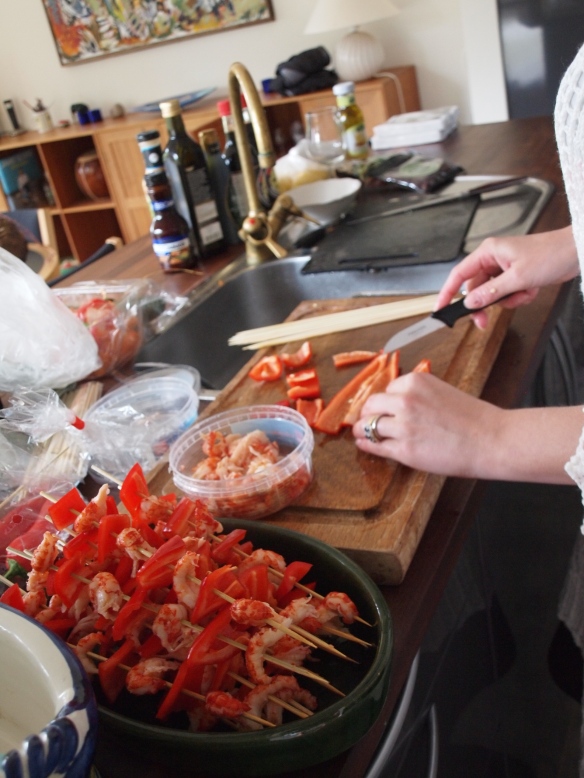 It was a lot of fun, I met wonderful people, we played games, ate amazing fresh food and of course, drank a lot! 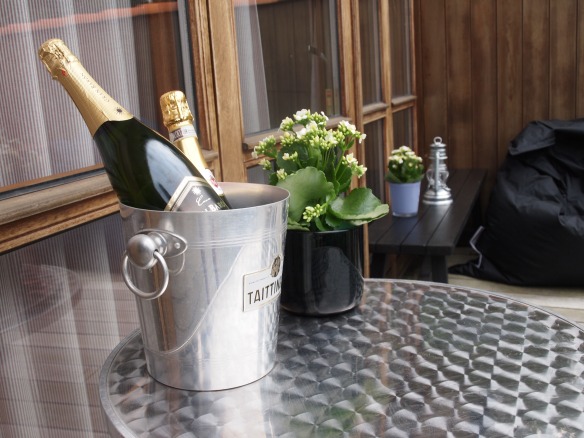 As the weather and the place were quite propitious, I decided to use an off-white summer dress with bordeaux sandals, hope you like it and let us know how you are enjoying your summer!

Last night I had the chance to be at ELLE Style Awards 2014, which took place in Concert Hall in DR City.

It was such a glamorous evening with a lot of stylish and talented people. I did not know what to wear for such an event, so i had decided to design and sew my own dress. 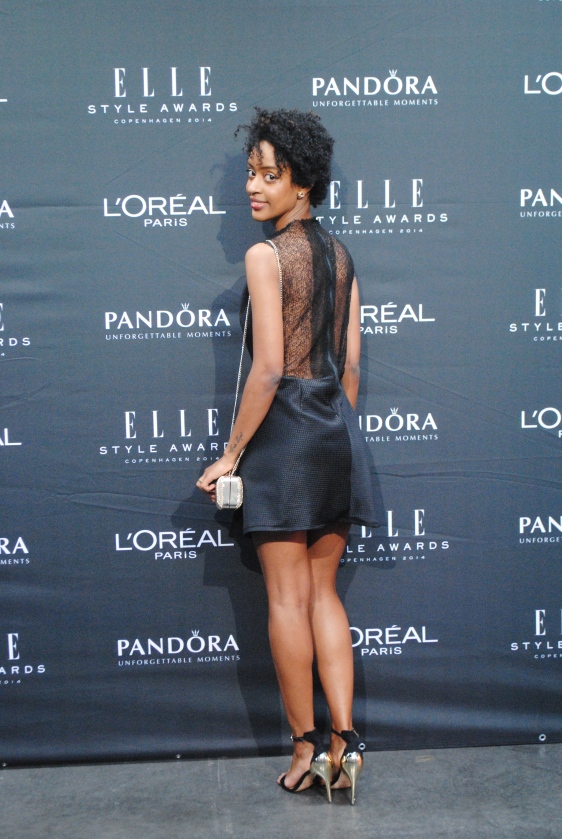 There were so many nominees and prizes that I won’t be able to make a review of all of them today  but on my next post I will let you know in more details about what my thoughts are about each winner.  For now, just a short review of what happened and off course a lot of pictures to get you into the mood of the ELLE style Awards.

The evening’s final price, the honour  price was awarded to the designer Jørgen Nørgaard, for its efforts in Danish fashion since 1958, where he opened his first store; Nørgaard on Strøget.

For this year’s ceremony was further awarded 15 prices. For example, in the categories Designer of the Year, this year’s fashion brand and as something new this year CSR price.

Designer of the Year went to the designer duo from Baum und Pferdgarten, Helle Hestehave and Rikke Baumgarten, while Ganni won the Brand for his recognizable universe, and H & M Conscious Exclusive Collection 2013 won the CSR Award.

Here are some pictures of the evening event:

Me and the singer Christopher Niessen 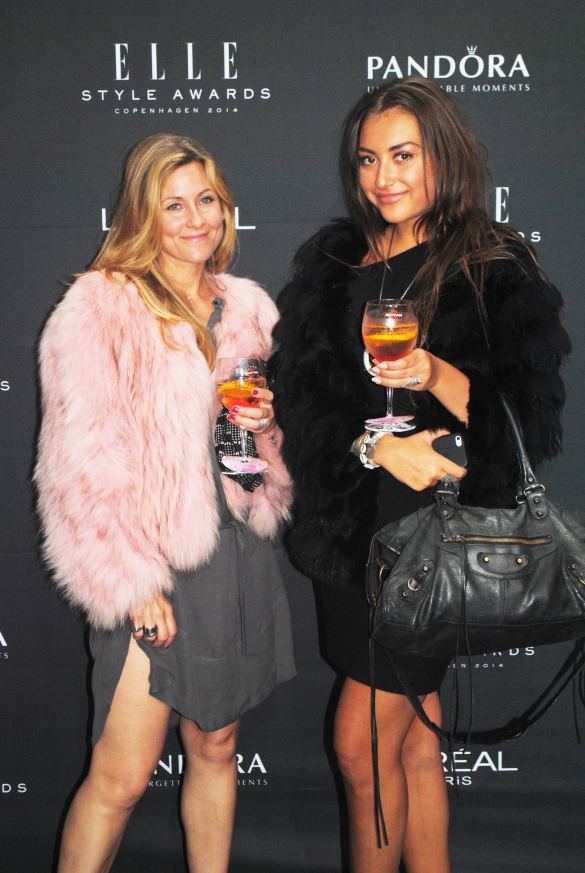 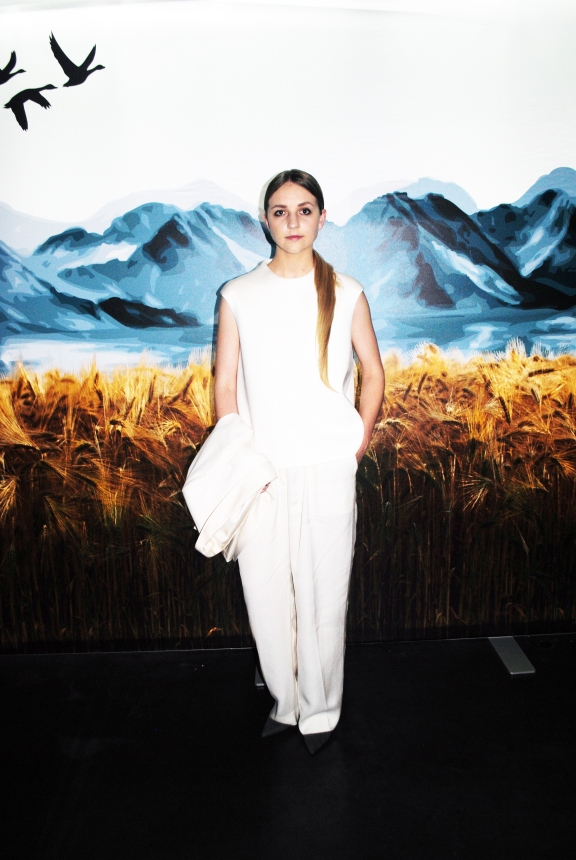 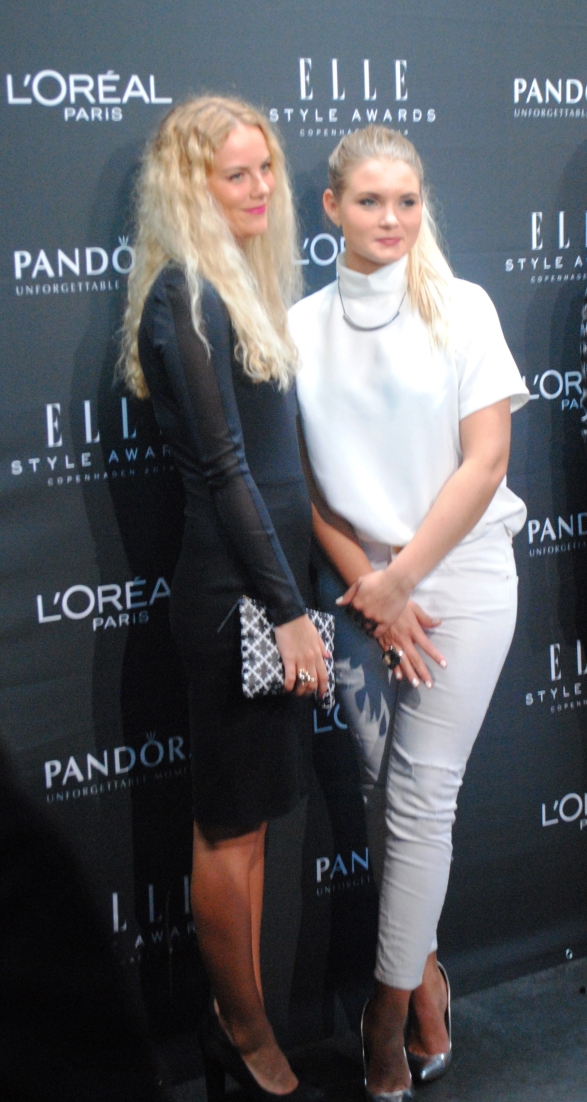 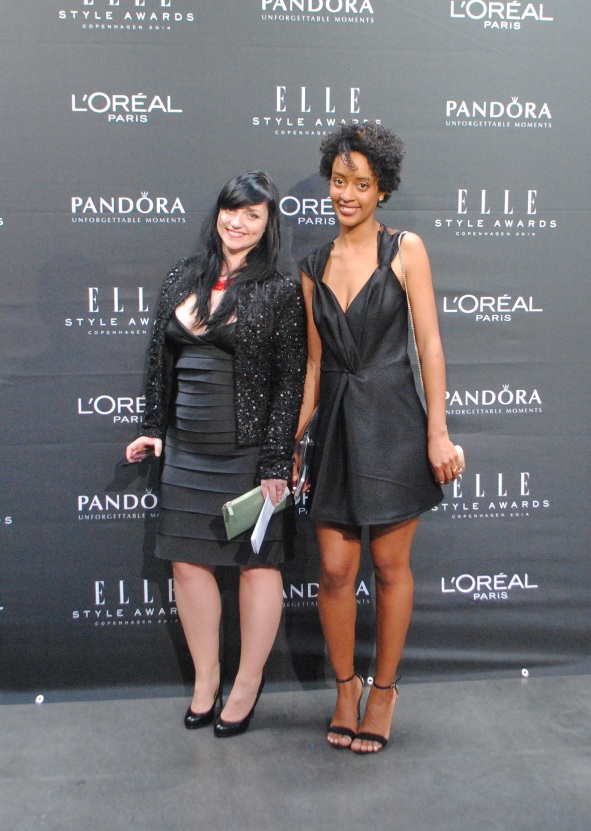 What you think about my style?

Hey guys, as I mentioned on my last post about Mark Kenly, that is the brand where I am having my internship and yesterday he showed a preview of his SS15 collection to the Danish fashion master Uffe Buchard! Probably some of you have seen him on Danmark´s Next Top Model, but he is also the mind behind the fashion magazine DANSK.

Well, I helped out during the small show and had the chance to take some snaps to give you a taste of what is about to come, hope you will enjoy it and stay tuned for his show under CPH Fashion Week 😉 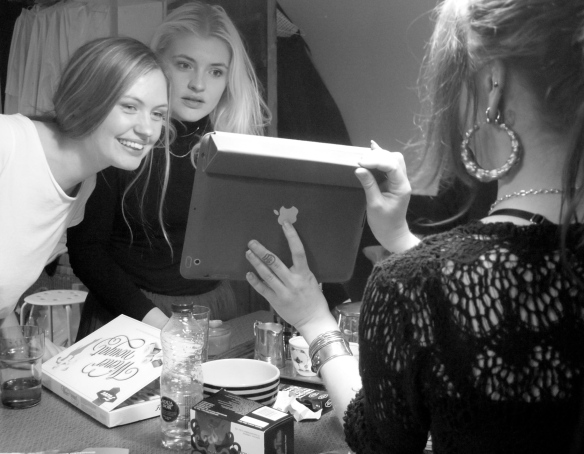 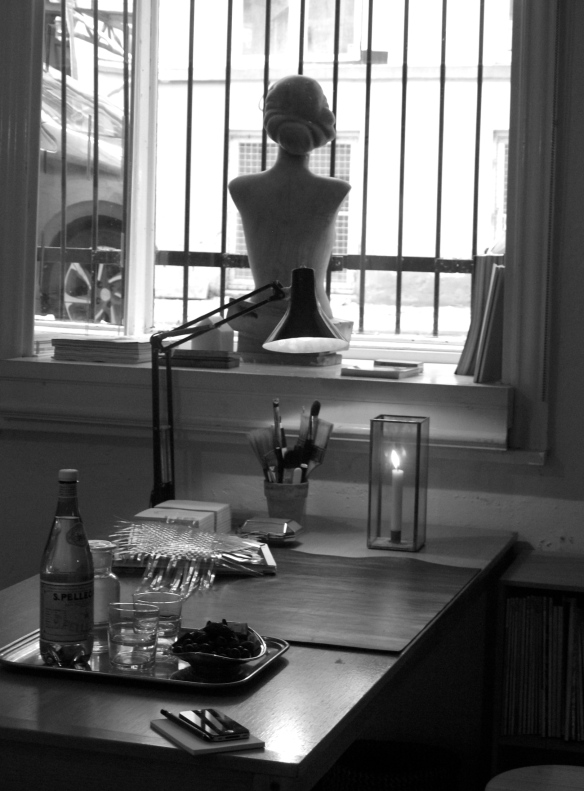 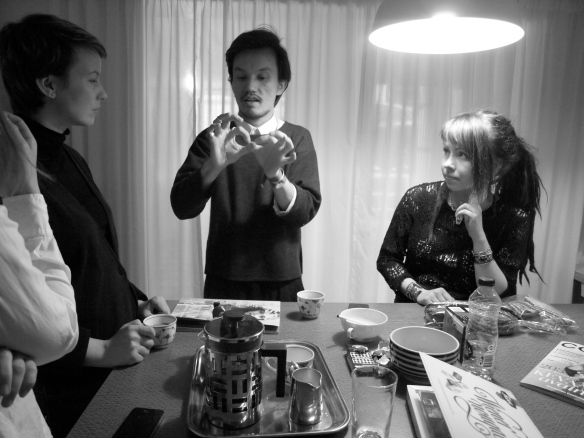 So yesterday was the day to get to know all your friend´s moms faces on Facebook..haha

I hope you all have enjoyed the company of your maternal figures on sunday and I use that word because many don´t have their moms but have someone else who has been there for them whenever they needed, caring, giving love and providing and what is a mother but that?

I unfortunately did not have the chance to be with mine since we live in different countries so that is why I will dedicate this little post to her. She has been my inspiration since I was very young, both in style and in life. She has always been strong but loving at the same time and was both a mother and a father at a certain point of my life.

Not to mention (as I did in another post) her AWESOME STYLE. Seriously, she is one of the most stylish I have ever known. Here you can see some of her pictures from when she was about my age. 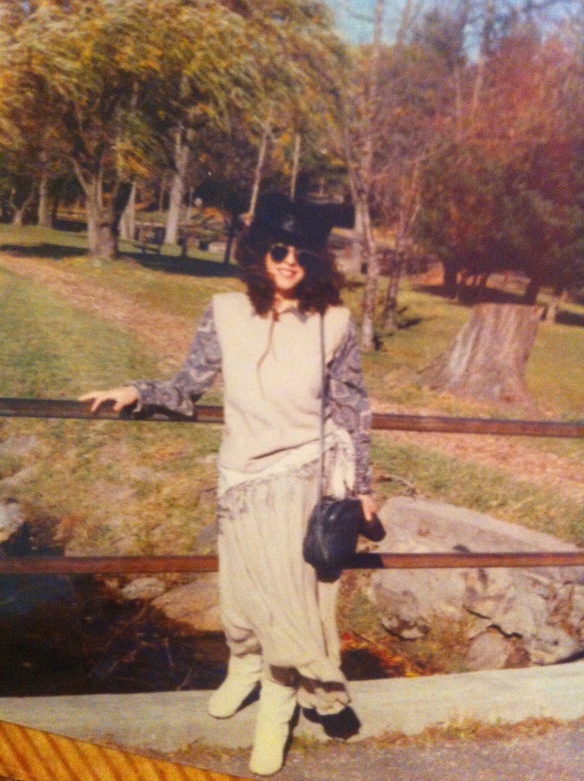 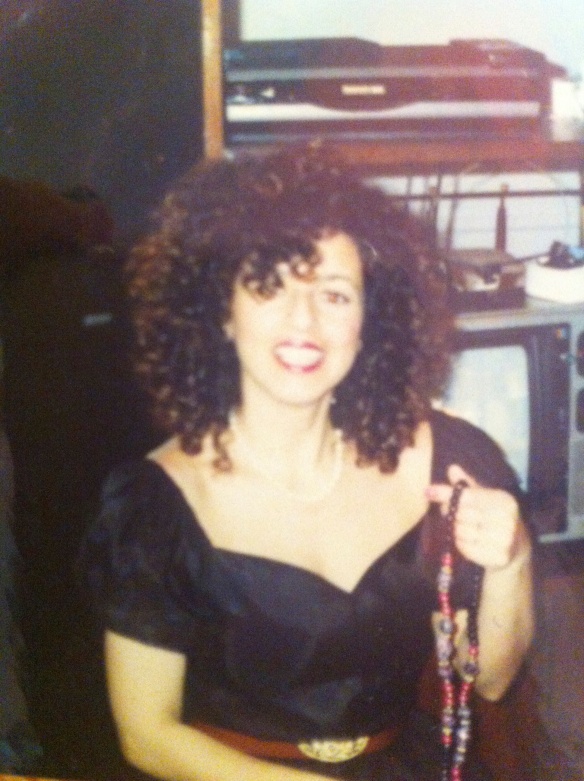 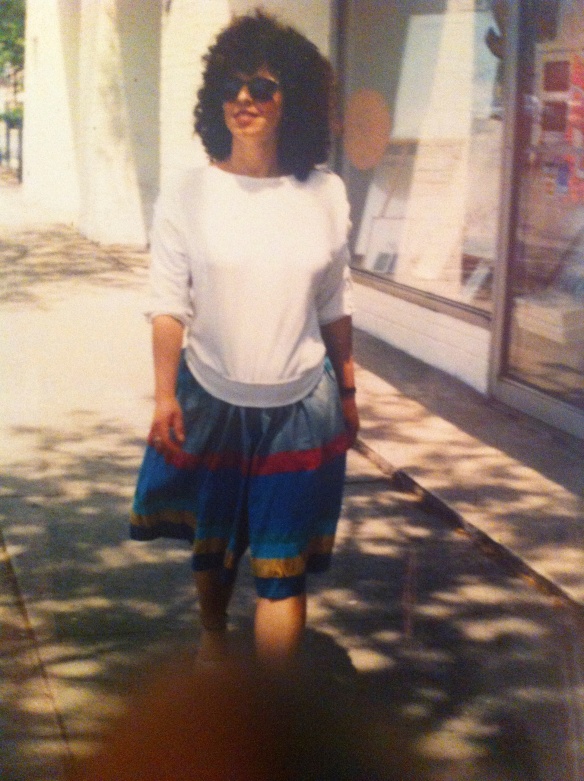 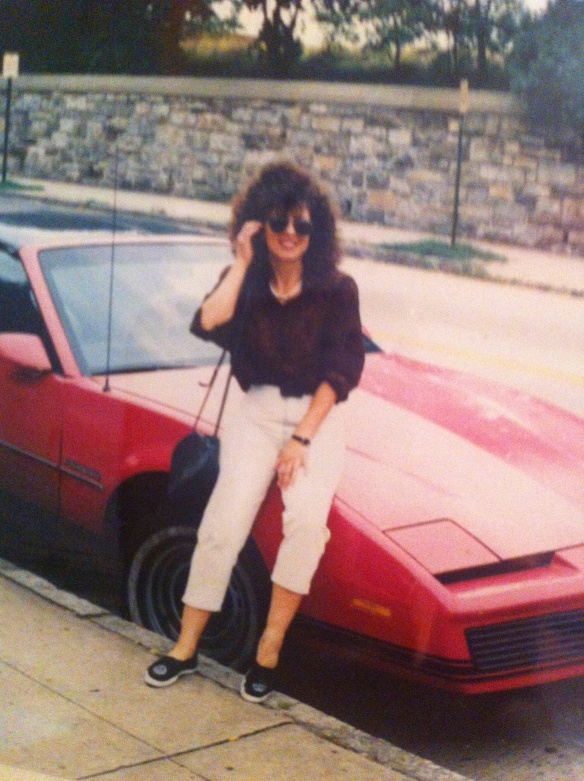 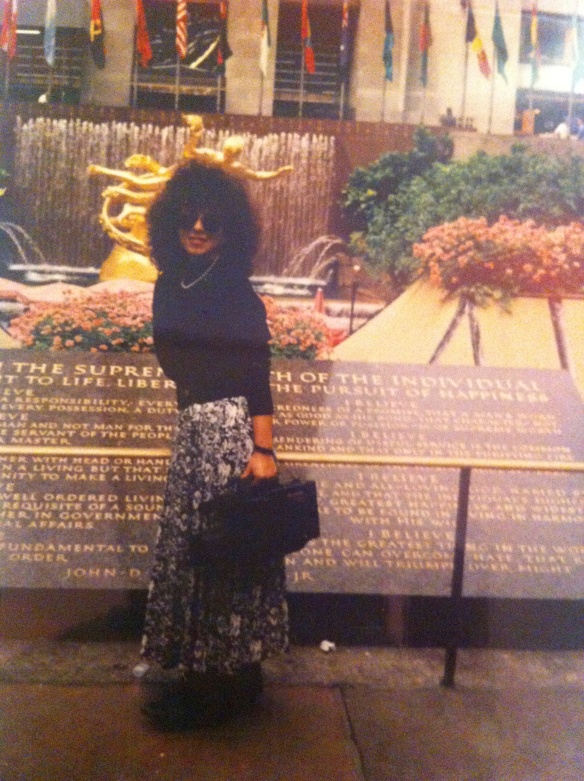 As you have seen on our post yesterday, we are now done with our school projects (wohoo!!!) and are able to show you what we have been doing the past few weeks.

Noe was working on her design solution for the Danish brand Soulland, while me (Mari) and Aman were working on ours for a fairly new brand called Armoire d´Homme (which is French and means “the man´s wardrobe”). It is a very classic brand and that is why I decided to create a whole suit for them.

I have never created something so difficult in my life but the presentations were great, the brands liked our design ideas and I hope you will like the result, let me know what you think 😉 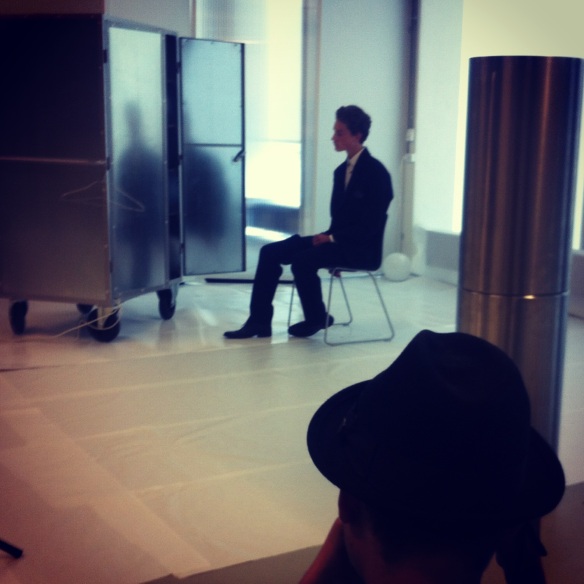 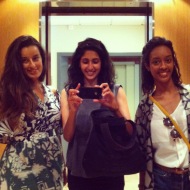 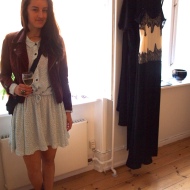 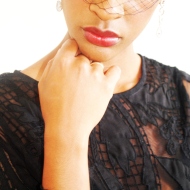 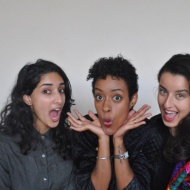